This evening's Tape & Record Show Enterprises digitization project started off poorly. The main cassette I needed for the first episode I transferred had a broken leader in the tape housing. The cassette was one of those where the two sides of the housing were glued, instead of having screws holding it together, and when I say "glued", I mean GLUED! Thought I'd never get the thing pried apart to get to the tape reels. Needless to say, I had to totally destroy the housing to extract the tape inside so I could splice it back to the leader. After splicing, I transferred it to another housing. In order to transfer the episode, I HAD to fix the "master tape", since this wasn't one which was "remastered" to a new cassette later in the 1980's. Not sure the "brand" of cassette since the original label was LONG gone.

The Tape & Record Show: Episode 36. Broadcast Sunday, August 5,1979 at 2:00pm central. Theme Music: Who Put The Line In Gasoline?(Jerry Reed). "Gunsmoke: A Quiet Day In Dodge" - Matt Dillon rides wearily into Dodge City after thirty-six hours in the saddle. At the office he can't get to sleep because Festus is so exuberant about everything. In the course of the day Matt fights with a prisoner and is stabbed with a fork. Kitty will not talk to him because duty caused him to miss a picnic. There is a brawl in the Longbranch Saloon. A young boy locks a crotchety old woman in a safe that has no available combination. Finally, Matt takes things into his own hands. / "Looney Tunes: What's Opera, Doc?" - Elmer Fudd is again hunting rabbits - only this time it's an opera. Wagner's Siegfried with Elmer as the titular hero and Bugs as Brunnhilde."

This was the first "two hour special" edition of the flagship "The Tape and Record Show". Can't remember much from 42 years ago, but I'm fairly certain I MUST have compiled the "90 Minute Sanford and Son Movie" in the episode at least a couple years BEFORE I actually started "The Tape and Record Show", mainly because I made a short announcement during the "Sanford and Son" theme, and either I was a bit younger when I recorded that in comparison to the time I recorded the "Tape and Record Show" theme music, or I was exposed to some helium before I made the announcement. Voice was definitely "higher pitched".

Even before TRSE, I was apparently attempting "creative editing", to fit five episodes of "Sanford and Son" into a 90 minute time slot, and that was from recording the material from the TV "live", since I had no way of duplicating tapes back in those days. Then again, I had been watching the "Sanford and Son" reruns in syndication on the local KTVE-10 for quite some time, so I was familiar with the episodes, having seen them more than once by then.

The "Dick Cavett Show" episode was from his PBS show years. Yes, I've ALWAYS "skewed" older, even in my younger years.

As for episode 36 of "The Tape and Record Show", the "Gunsmoke" audio was recorded on the ever high quality "Murphy's Mart" brand cassette (sarcasm). At least, even though fidelity wasn't great, the tape needed no "repairs" after all these years! There was some strange faint "bleed-over" in reverse however at the end and beginning of each side of the cassette. I got lazy and didn't dig through the "archives" to find my "original audio" of the cartoon short used to pad the episode out to sixty minutes for this transfer, I just ripped the audio from the copy on HBO Max. Same short from the original "broadcast" though, so it's still accurate. 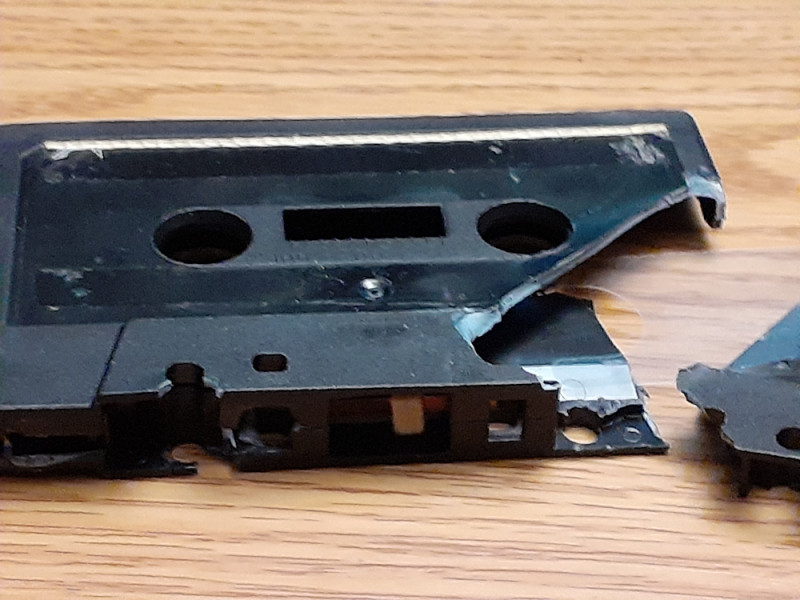 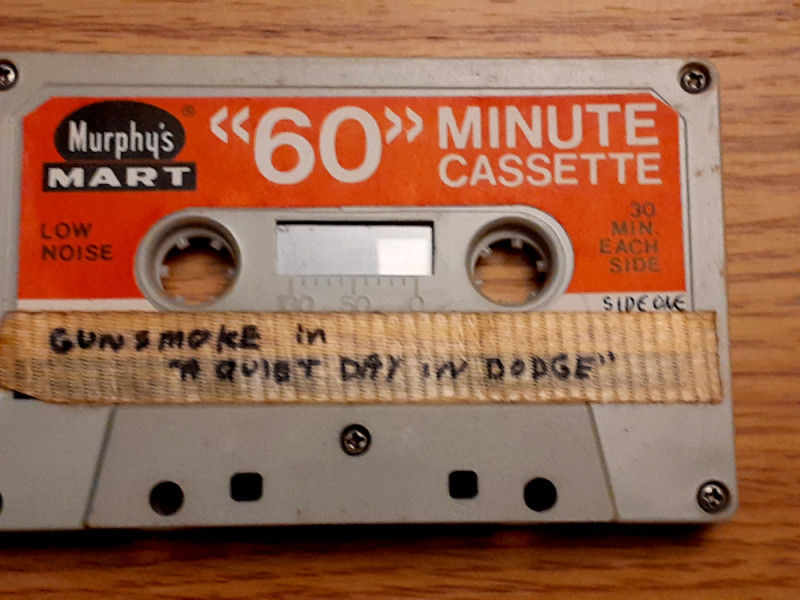