Completed digitizing another hour of the old recordings my friends and I made back in the day for the fake radio show I had at the time, "The Tape and Record Show". This one was originally "broadcast" Friday, January 3, 1992 at 10:00pm central, one of the episodes from the VERY brief single season 9, which was 1991/92, after a couple years hiatus when I was dating Sandra Williams, and before I met the ex-wife.

This episode, which was an episode of the show that "started" the organization back in 1979, "The Tape and Record Show", it being episode 480, was a show within a show within a show. It was the ninth "James Stricklin Happy Hour", and included an "E.T. Food Palace" skit. I'd have to look up the "master tapes" from before the show was edited into the "broadcast version", but I think I'm safe in assuming the material used in the show was recorded before Jerry Sanders moved to Arizona, since he appears in a skit, and James Stricklin, not as himself, but in "character", mentions his "round wife" at a point, and having two kids. It was also another episode where primitive sound effects for applause and laughter were edited in.

I don't remember the editing of the "master" recording, but our recording equipment was significantly better by then than back when James as himself and as "Raymond J. Johnson" did their "I'm Alright" duet together. James sang the "highs" and "lows" in "Elvira", and it sounded quite a bit better.

Apparently James couldn't keep composure when I did the "Doug Henning" impersonation, which itself as I remember was an impersonation of Rich Hall impersonating Doug Henning when he was on "Saturday Night Live".

Unless I've missed something, this rounds out all the "sketch comedy" shows from the "archives". Next is more one-off compilation/remote music specials, then the regular music series from James, Jerry, Paul Morrison, Dennis Goodwin (edited from his "Orbit's Independent Sampler" ACTUAL radio show), etc. 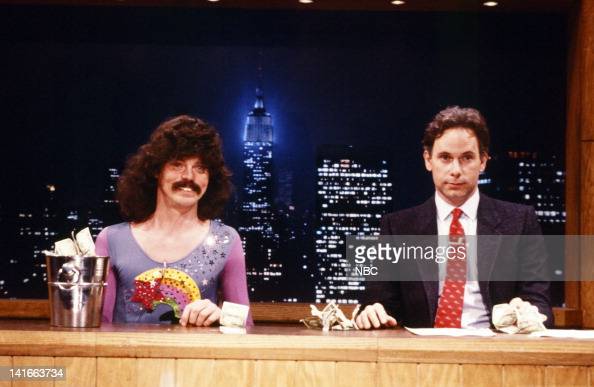