Just finished digitizing episodes 7 and 8 of "The James Stricklin Happy Hour", which completes the digitization of that particular series from back in the day, with our "fake radio shows".

Episode 7 was the second spoof we recorded of "Late Night with David Letterman". Original "broadcast" date was Wednesday, January 30, 1985 at 7:00pm central. The "mixing" of the applause and laugh track was sloppier than our first attempt. Mia Haney also does a decent Olivia Newton-John impersonation. In the background in the episode, you hear the squeaky rocking chair that was in my living room, and the cries of James and Michelle's first born. David Letterman and Bill Wendell's "split" might have been inadvertently foreshadowed in this if you listen close.

Episode 8, originally "broadcast" Wednesday, February 27, 1985 at 7:00pm central was compiled (cobbled together) from skits produced for an unreleased "James Stricklin/Albert Sims Comedy Hour". Skits include: Floyd Lawson's Amazing Barber Shop, a spoof of "The Steve Allen Show" featuring James as Raymond J. Johnson poking fun at who was to later become his wife-Michelle Haney (before they actually met). In that skit, since it was recorded at James' house, you get an idea about the posters/pictures James had on his wall at the time. Also an unreleased portion of the "Native Drums" skit from "The Randy Haney Comedy Show". Musical highlights: She Bop(Cyndi Lauper), Close to the Edit(Art of Noise), and You Dropped A Bomb On Me(Gap Band). Cast: James Stricklin, Albert Sims, Jerry Sanders, Randy Haney, and Matt Morehead.
That said... "Avanti"?? Where did I get THAT brand back in the day?? 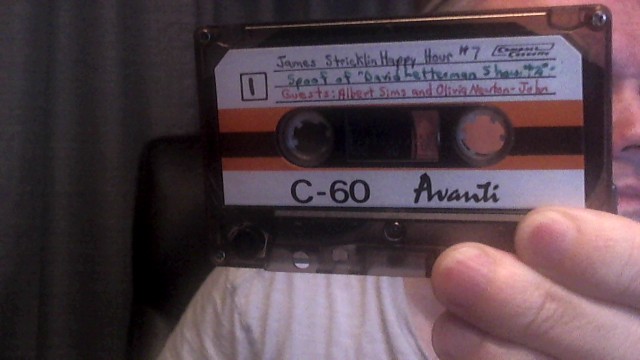