It's another one of "those" weeks. Go to the hospital in a few minutes for "pre-admission testing", then Friday morning another esophageal dilation procedure.

At least this is the first one since January. Not having to get them quite so frequently.

Tonight I digitized another show from the "Tape & Record Show" archives, episodes 5 and 6 of the short lived series we attempted called "TRS Latenight", original "fake broadcast dates" October 18 and 25,1985. In those two episodes, I interviewed Randy Haney.

Being I haven't listened to it in a little over three decades, it was like listening to it for the first time again. We talked about the origin of his Elvis Presley impersonations, the first recordings for Tape & Record Show Enterprises in 1981, old friends (apparently Don Owens went into the Army according to Randy, and went to either England or Yugoslavia), the time he attracted a huge crowd at West Monroe High School while singing Elvis songs to a couple of girls (and got sent to the principals office as a result), his "fight" with a guy at school who nearly knocked him out, the 1982 Halloween "Skatetown" recording, how he met his wife (at the time of the recording, NOT the "broadcast date", he was 31 days away from his wedding), and some "supernatural" stories (which I STILL have a difficult time believing). 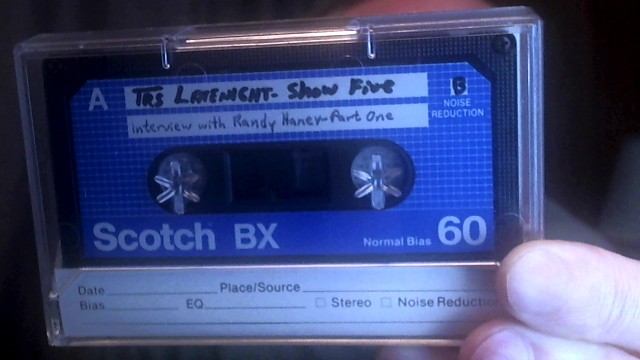