I put my old audio cassette digitizing project on "hold" after only getting the left channel (in both channels) through the USB interface of the ION branded cassette deck the other evening.

I ordered a stereo RCA to 3.5mm cable, which arrived today, to try instead of the USB method, since the deck has standard audio outputs in the rear. If that doesn't work, I'm going to assume it's something awry with the deck itself, and will try using the late 1990's era Kenwood branded cassette deck currently in the living room, which I haven't used in at least 20 years. Hoping it still functions. If not, after I get the first "back pay" of my SSI benefits, I'll break down and order a new cassette deck. I'll be able to use the cable I got today on any cassette deck to plug into the PC sound card.

I've been wanting to get ALL the old tapes my friends and I made digitized for ages, because time is running out. They won't last "forever", even in storage.

Probably won't be testing anything tonight though, because the "Stu's Show" live podcast is on. 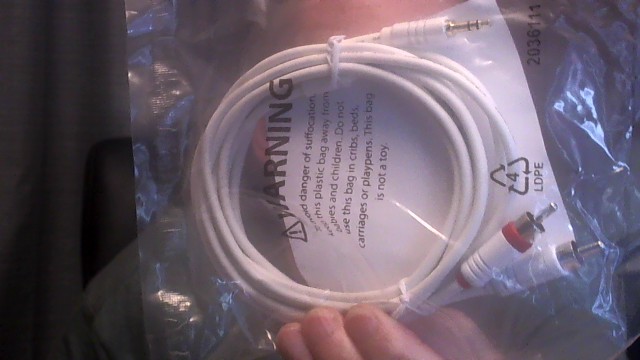