Just finished watching a disc I "splurged" on while picking up a few things with mom at Wally World this afternoon. It's the first disc I've bought in the format. The movie looks and even SOUNDS better than I've ever seen it, since first seeing it a few times in the theater during its initial release in 1977.

This observation is in comparison to the marked-up, splicy copy Joy's Twin Cinema had at the time, the VHS I made off HBO in the 80's, the first DVD release, which was 4:3 "pan and scan", and the next "anamorphic" DVD release*. Granted, it will still never be "perfect", because it was technically a "low budget" movie while in production and the cinematography wasn't great as a result, but I'm impressed with this release. Universal didn't try to filter out film grain either, which is a big PLUS in my book, being a film nerd!

This movie, apart from being entertaining no matter HOW many times I watch it, brings up fond memories also. I originally saw it by myself when I was around 12 years old. Liked it so much, talked mom and dad into seeing it with me in the theater next time I went. It was probably the first time in my memory dad went to a theater. Shortly after he saw the film, he bought CB radios from Radio Shack (23 channel at the time I think, had a knob, no digital display) for his 1966 Chevy pickup and moms 1976 Ford LTD. I'm guessing he MUST have enjoyed the movie also.

*= I skipped the standalone Blu-ray release, but it's included in the new 4k box. 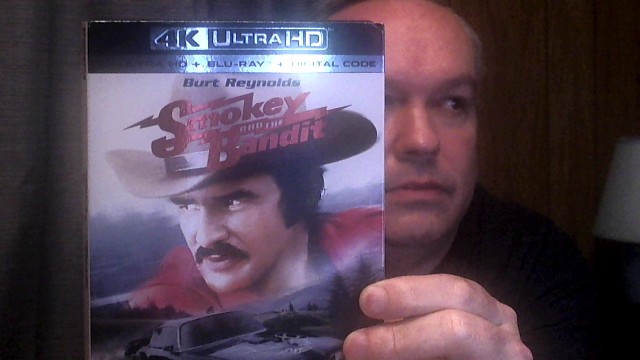