When experimenting with the new audio editing/remastering software the other evening, it became more and more clear to me I REALLY need to replace my computer headset soon. I use the headphones instead of the desktop speakers when editing to more clearly hear how the "remastering" sounds.

For the longest time, I've been getting black flakes from the old headset in my ears and hair. The headset has seen its "better days"... 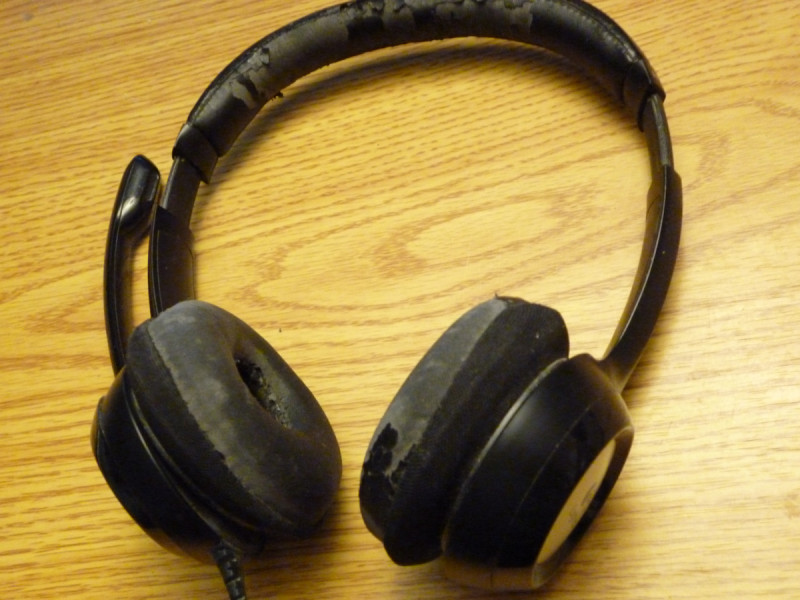 Just went into the closet and retrieved the "broadcast copies" on audio cassette of the first four episodes of my friends and I's fake radio shows of "Randy Haney's Life of Elvis" from 1981 to digitally re-transfer, since the CD-R copies I made in the late 90's no longer play properly. Probably won't start the project this evening, but I'll have the tapes handy when I DO start the project.

Over the years, I've noticed that cassettes I recorded decades ago are still in better shape overall (not perfect though) than CD-R's I made up until around 10 years ago. Won't be making CDs of the new transfers, but will be archiving them on a couple of backup drives in both default WAV and converted mp3 formats.

I actually have a few PRESSED store bought CDs that have failed over the years, most recently the CD reissue of "The Button Down Mind of Bob Newhart". I have a few vinyl LPs from the late 50's/early 60's that still play fine, albeit for a few pops and crackles.

In other words, it is my personal conclusion, the old formats are FAR more reliable overall than newer formats. I can see why vinyl has been making a comeback!
Collapse