Long day. Woke up to the heating unit being on the fritz. The A/C company sent a guy out. The igniter in the unit failed. He replaced it, and will send the repair bill. Hope it's not TOO expensive, because I'm ALREADY having trouble paying bills as it is.

Mom was still feeling dizzy since her visit to the walk-in clinic last Thursday. I took a risk driving her to the emergency room this afternoon, since no one else was available (Uncle Barrett is having heart issues again, and had to go to the doctor today again himself, and Uncle Floyd has serious chest congestion). I just had my monthly esophageal dilation yesterday. Not supposed to drive for 24/hrs after that, because of the anesthesia they put me under for the procedure. Figured I'd be okay as long as I didn't eat anything before taking her there, since the occasional dizziness/blown out vision I've been getting since the big surgery back in December only seems to happen sometimes after I eat something. They ran several tests on her, including an EKG and CAT scan. They said she had fluid build-up behind her right ear. They gave her an antibiotic shot and prescribed her some medicine, including some kind of small patch to put underneath her right ear lobe.

We were there all afternoon, so after the stop at her pharmacy, it was after 6pm before I had my first food of the day. I was feeling rather "shaky" by that time as a result. After I ate, sure enough, I got the dizziness/rapid heartbeat and the extra-bright blown out vision again, and had to lay down. Just woke up a few minutes ago, and made this post.

If it weren't for bad luck, this family would have NO luck at all. :-(

I'm feeling "old" again. I remember watching the show "Real People" on NBC back in the late 70's/early 80's when I was growing up. Had a bit of a "crush" on Sarah Purcell. Show was created by John Barbour, who was also one of the hosts. He's the guest on "Stu's Show" this evening, telling some GREAT stories about his life/career.. Almost didn't recognize him, since the TV show is still engraved into my memory. Then again, it's like that with actors from MOST of the shows I watched growing up. Of course, I'd find MYSELF unrecognizable today compared to myself back then! 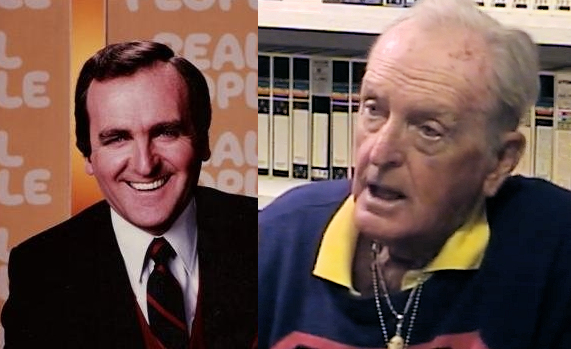