Doesn't look like Andrew will get a shower before going to work today, and I won't be fully awake and alert until I can get one. The cold water pipes in the bathroom are frozen. Hot water is running though, so I was able to at least SHAVE this morning.

I had left a drip on the cold water in the kitchen last night, but didn't bother with the bathroom, because the pipes in there didn't freeze the last time we had temperatures this cold. The bathroom is in the center of the house, so I wrongly assumed the heat of the house would keep the pipes flowing. The kitchen sink is directly against an outer wall. The front part of the house, where the bathroom is closer to, is partially "insulated" underneath by the concrete from the carport and the front porch.

I have the cold water taps in the bathroom turned all the way on, in the hopes they will thaw soon. 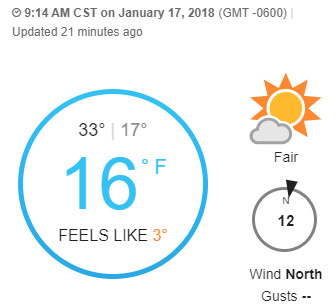