Mom just returned home from taking her cat Booger to the vet about his limp. They x-rayed, and found a large tumor in the upper portion of the leg. Apparently it was fast growing, since it wasn't noticed a few months ago when he was taken in to get the mats out of his long hair.

They said the only treatments would have been to either remove the leg, or give him medications, which would only give him maybe two or three more months at the most. Mom decided, given his age (nearly 20), and she didn't want him to suffer any longer than he had to, to go ahead and put him to sleep.

We are all going to miss that little fellow. :-( 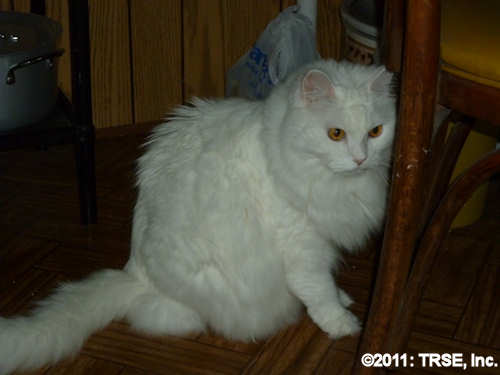