Woke up this morning to take mom's cat to the vet to get his fur mats removed. He puts up too big of a fight when WE try to comb him, so the vet has to anesthetize him every time he has to get the mats removed. He's getting up in the years (20 later this year), and seems to groom himself less than he used to. The long fur doesn't help matters either. He should be ready to be picked up later this afternoon.

In other news, I REALLY wanted to like the new streaming service "SeeSo", a service run by NBC Universal specializing in comedy. It is only $3.99/month, and has content from EVERY season of "Saturday Night Live", some stuff from the 1980's I haven't seen since it first aired. HOWEVER... the Roku app has SERIOUS issues. Numerous times during any program, a message pops up saying "We are experiencing network issues", and I have to grab the remote to restart the stream. I've been in a "back and forth" with their support. Here is the most recent email I received... 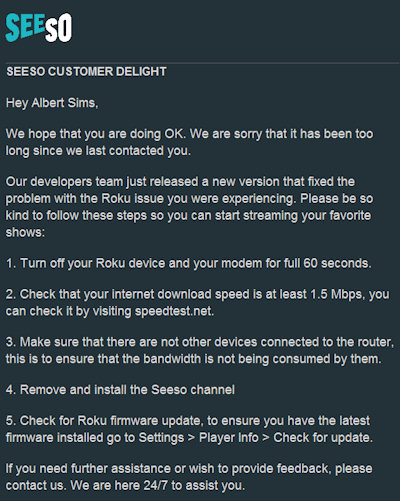 I have tried EVERYTHING listed TWICE on BOTH Roku boxes, the Roku 3 in the living room, and the newest model Roku 2 in the bedroom. SeeSo STILL pops up that "network issues" dialogue several times an episode. I finally just said "FUCK IT!", canceled the subscription, and removed SeeSo from the Rokus. Even though the service is inexpensive, it's not worth the hassle. No other service I have on the Roku has that issue, so I KNOW it's a SeeSo issue. I replied to the email and told them, "apparently the people who wrote your Roku app do not know what they are doing, or your servers stink, or a little bit of both!".

I'll stick with Hulu, CBS All Access, AcornTV, Warner Archive, and the several other free services on the Roku. NONE of those give me issues!

Oh, and we're getting yet MORE freggin' rain today.

Mom's cat "Booger" is home from the vet after getting the mats out of his fur, and getting a bath... 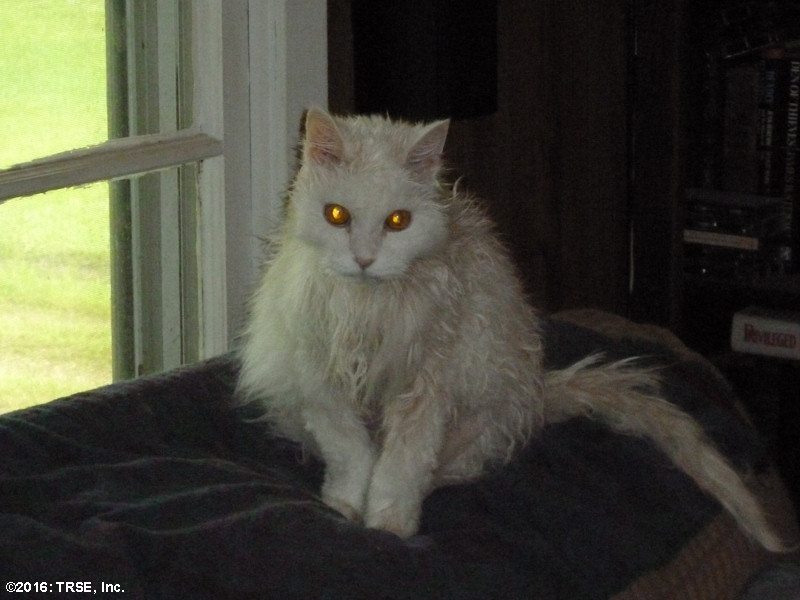 Snuck up on mom, caught her reading... 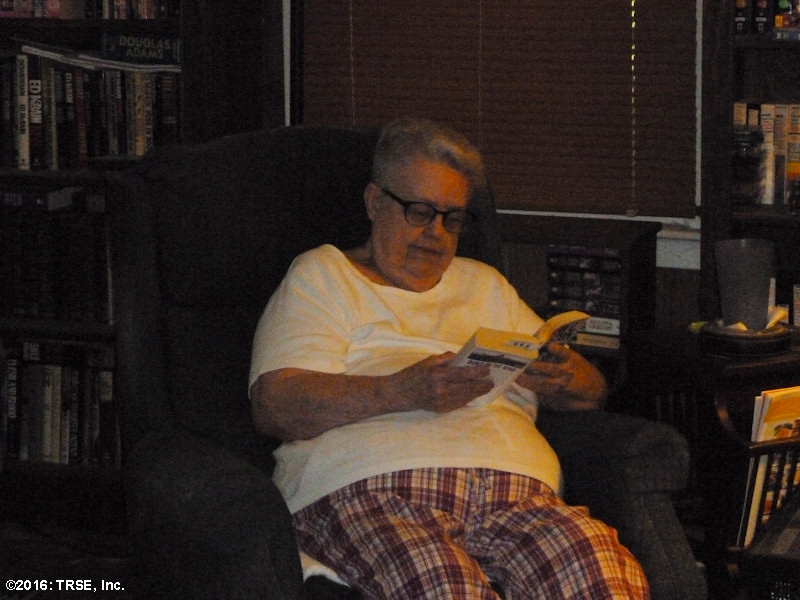