I really don't see myself going out to eat in a restaurant again until I figure out what is causing me to gag heavily after a few bites of food. I get a feeling in my throat that the food is "hanging". After I go to the bathroom and do some serious gagging, which usually results in a thick glob of slimy stuff, then heavy nose blowing, I can, most of the time, finish eating without issue, although I have to eat slowly. Since all this started, when I eat "out", it's a pick up order to bring home.

Most mornings I'm coughing up thick, clear, sometimes light brown, bitter tasting globs after showering. Last blood pressure checkup back in November, I brought it up to the doctor. He passed it off as acid reflux related and prescribed medicine. Took the medicine daily for a month, no improvement whatsoever, so didn't bother getting it refilled. Personally, I'm thinking it may be sinus related, since I blow my nose heavily every time this occurs.

Going to bring the subject BACK up when I return for another check up on the 21st of the month, since the condition seems to slowly be getting worse instead of better. One bright side I guess, it's causing me to eat less, so I'm losing a little weight.

Think I might not have had a good answer for a friend asking a favor. Friend had a vertical video that needed to be rotated horizontal. Most messing with video I've done has been transferring old stuff from VHS to DVD, in a machine made for that purpose, then condensing the DVD and uploading the video to YouTube... and it's been a few years since I've done even THAT! I mostly just mess with still photos on the computer, and occasionally rip old audio cassettes and LPs. Haven't even SHOT any video since that last Sony MiniDV camcorder died about seven years ago.

Heard from another friend. He was wondering if Dish Network was broadcasting the local MeTV affiliate in the correct format. He said the Wikipedia page had KMLU 11.1 as 16:9 720p. Station comes in over the air for me in 480i 4:3 on that channel. So, Dish is apparently retransmitting the station as it broadcasts.

My guess, the format portion of the Wikipedia page wasn't edited since 11.1 was originally KAQY, an ABC affiliate.

Mom and I have pretty much determined her 19 year old cat, who still gets around very well, is as deaf as a doornail. He doesn't get bothered by thunderstorms, like my 13 year old cat does, and if he's looking away from you, and you walk up to pet him, he is startled as soon as you touch him. :-/ 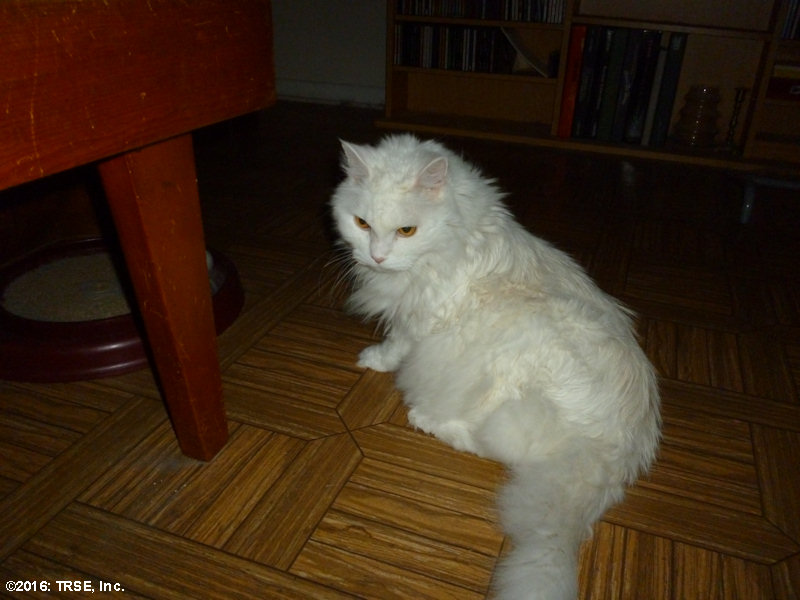