Seems a lot of sports fans in the area have their panties in a wad because the local CBS affiliate cut off a game to air something they had already scheduled to air. I, on the other hand, have ALWAYS been in favor of this. If a sporting event can't end at the time it is SCHEDULED to end, CUT IT OFF and air what was originally scheduled to air! Pisses me off to no end when I turn on the TV to watch a favorite show, and damn sports are still running instead. Sports "overages" are the main reason for the cancellation of "CSI:Crime Scene Investigation" and the original Fox cancellation of "Futurama". Both shows were CONSTANTLY either delayed or pre-empted due to sports events running longer than their scheduled time, then the network blames the cancellation on "low ratings". Of COURSE there were low ratings! Crappy ass sports shows were preventing the GOOD shows from airing in a timely manner! 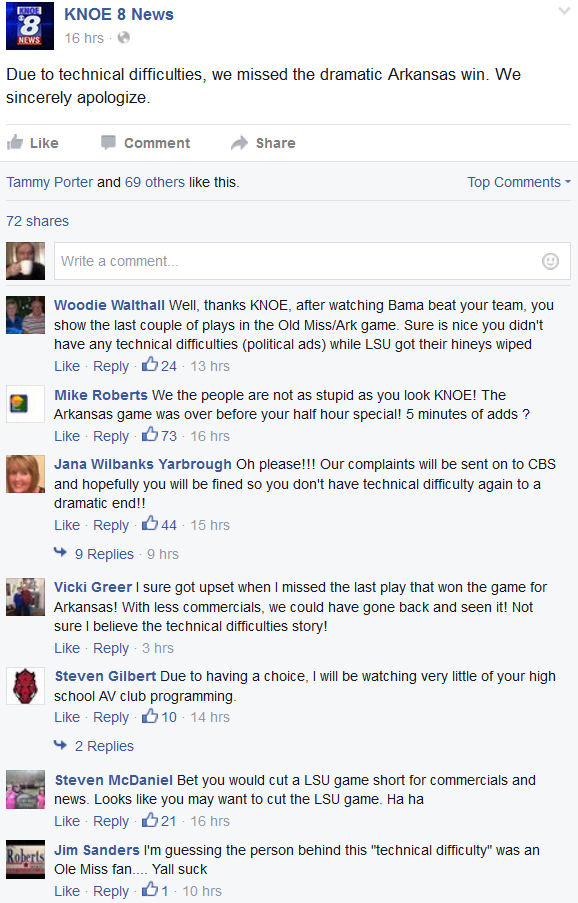