Mom and I watched a few more season 2 episodes of "The Beverly Hillbillies" on DVD. Glad they have the option to watch with the sponsor spots included. Jed liked his Winston cigarettes and Jethro liked his Kellogg's cereals!

Finally "updated" to a LED flashlight after the batteries in my old flashlight died. With the LED version, the batteries should last longer, and I won't have to worry about replacing bulbs every so often.

This rain can stop ANY TIME NOW... 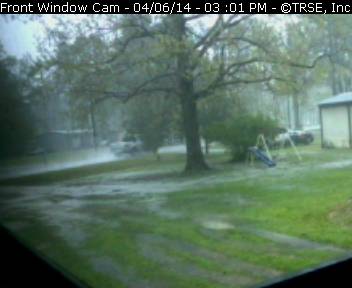