Apparently, me having the old, shorter garbage can next to the new, taller one, had nothing to do with raccoons getting into it a couple of days ago. Went to put a piece of mail in the box this morning, saw garbage scattered behind moms car. Lifted the lid of the new can, the two bags that were inside were torn open, and the two bags didn't even go halfway up the height of the can, and yet, the lid was closed! I had even put moth balls in the can, because I read that those are a deterrent to the critters! Apparently NOT! After it happened again a few days ago, I placed a large brick on the lid, but it was bending the lid so much, I was afraid it was going to break, so I remeved it. Don't want to break an $80 can this soon after buying it!

Sooo... this morning, I put on a pair of gloves, pick up the strewn garbage, rebag the other two bags. I then go into the utility room, move sone stuff around, and put the can INSIDE. That may solve the problem until weekly pickup day, but since we usually set the can out the NIGHT BEFORE pickup, because we never know how early/late they'll run the next day, not sure WHAT we'll do about that ONE night! Oh, well, got until next Tuesday to figure that out!

Have you noticed that you never seem to get laid on Friday the 13th? Just as well I guess. That Voorhees kid would probably sneak up on you while you were "in the act". 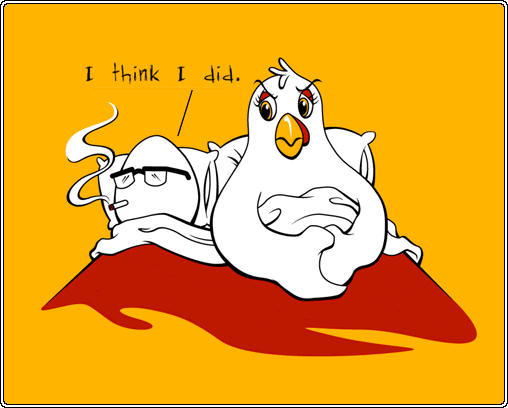