Getting an early start on the yard this morning, before the heat of the day sets in. Mowing the ditches first, then will move on to the rest of the acre. Won't have to mow quite as much this time, due to the lack of rain we've had lately. Several brown patches.

A package arrived in the mail today, I had no clue what it was until I opened it. I won a copy of "Mary And Lou And Rhoda And Ted" from the recent MeTV contest! 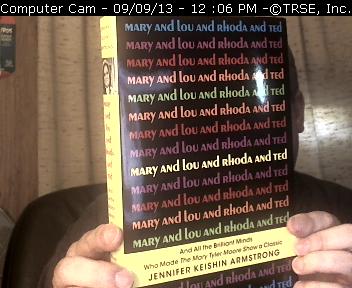 Had a feeling this would start happening. Bigger company buys out small internet provider, customer support goes to CRAP!

Internet has been dropping out for a few seconds at a time, only from 2-6pm, for the past couple of weeks. I contact them today. Tech support guy wants ME to call AT&T, because it might be a phone line issue. If it WAS an issue with the line, the problem would be going on 24/7, not just certain hours of the day!

Anyway, I call AT&T, go through several menus trying to get a PERSON, then get put on hold. I sit there for 15 minutes, and suddenly hear a DIAL-TONE. AT&T's automated crap hung up on me! NOT calling back to sit several more minutes.

Last time I had issues similar to this, it WAS on AT&T's end, but, according to my ISP, it was linked to congestion on AT&T's end, it WASN'T my phone line! That time, MY ISP was in contact with AT&T, and I'm sure they have a "special" number where they can immediately get through to someone!

Tech guy said he'd be "monitoring" the situation though. Andrew gets "fussy" when he's chatting with a friend, or playing a game, and the internet dies!
Collapse