This day started out on a sour note. Mom was going to go to her doctor this morning, because her prescription meds were running low. She gets in her car, it won't start. I know little about cars, so she calls Uncle Floyd. He gets here, cleans the terminal cables on the battery. Still doesn't start. So he gets his jumper cables, we hook them to the battery in my Ranger, and her battery. After a while, her car starts.

She's had the car about 5 years now, and it still has the original battery. So, before she goes to the doctor, she's going to stop by Advance Auto Parts to get a new battery. She'll be away most of the afternoon probably, because after the doctor visit, she'll go to Walgreen's to get her medicine, then to the store to get some groceries.

Yes, I live right on the outskirts of West Monroe. No, never seen or heard of those "Duck" guys. However, I've listened to ZZ Top a lot over the years, if that counts!

MOST people in the United States are AGAINST doing ANYTHING in Syria, yet the MORONS in government are all "GO" to start bombing. Remember what happened the last time we bombed a country we had no business going in to, long, drawn out MESS! It'll turn out the SAME WAY this time! Iraq is more messed up NOW than it was before we went in!

ONLY reason we're on the verge of starting another conflict (which could possibly turn into WWIII) is from defense contractor lobbyists putting money into the government officials pockets, so they will get more taxpayers money to buy more bombs!

Found an old "photoshop" from the early 2000's where I inserted James Stricklin into a Skatetown photo from October 30, 1982... 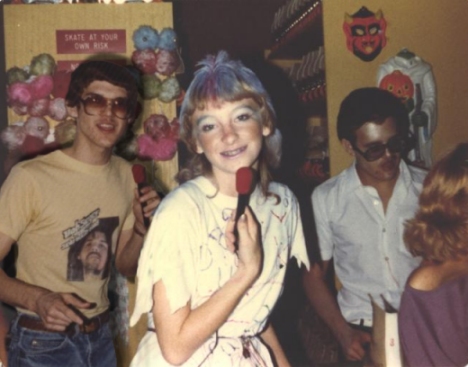