GOOD: FINALLY got wireless to work on the laptop after installing Linux on it the other day.

BAD: Not really sure WHAT I did to get it working though!

Thinking I might watch "The Shining" again this evening. Haven't watched it in quite some time.

I got in the mood to watch the Stanley Kubrick fim "The Shining" again, so pulled out the Blu-ray. At first just mom and I were watching, then the boy came in and watched till the finish. Then again, he's seen the movie a few times, and likes it also. Mom just said, "Well, that was strange." at the end... 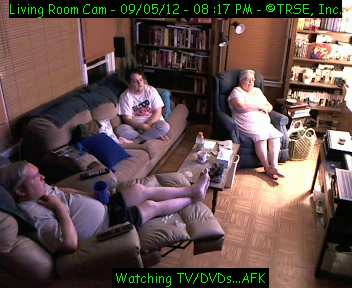 In one of the bar scenes, Jack Torrance asks Lloyd for a bourbon, straight up. I noticed watching the Blu-ray on the 46 inch Sony, that the drink poured was from a Jack Daniels bottle.

You'd have thought Kubrick, being the "perfectionist" his reputation leads him to be, would have noticed that!
Collapse