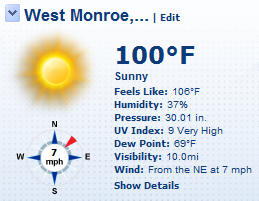 Pert Kelton was "okay" in my book, but not as good as Audrey Meadows.

Might SLOWLY be seeing a few changes to the appearance of my website soon. Most of it was designed originally on "Yahoo Sitebuilder" software, which was incompatible with any other webhost. Managed to "fight" with the HTML code enough to get it functional when I switched over to my new hosting company a few years ago. Main reason I haven't changed much on the site since then was my lacking knowledge of HTML, and not finding an affordable "WYSIWYG" site building program that would do what I wanted, like Sitebuilder did.

Well, toyed around with a program made by CoffeeCup Software recently, it seems to be what I've been looking for. Experimented with the trial version, then they sent an email offering it, PLUS every template they have (normally around $9 each),and their PowerPost software,for just $49... normally a $545 total value. Went ahead and snapped on that offer while it's available!

UPDATE: Re-done the first two pages in the new program and uploaded them. Started out with a pre-defined template, but after I eliminated most of the features, it's looking quite similar to the old design. I must have a fetish for websites that look like they were made in 1995! Eh, at least with this program, not tied down to a provider, the thing will be easier to edit once I'm done!
Collapse