Skipping around a bit on my old "Tape & Record Show Enterprises" digitizing transfers. Not sure I'll be awake very late this evening, so transferred the THIRD " Randy Haney Comedy Hour" to digital before the first and second one, mainly because it was the tape in the series I located in the "archives" first. Its original "broadcast date" was Friday, November 30, 1984.

By this time, Randy was going more "mainstream" music wise, diverting from his usual Elvis Presley material. He sang along with records like Frank Zappa's "Valley Girl", Styx "Don't Let It End", Michael Jackson's "Beat It", and Joan Jett's "I Love Rock and Roll". Michelle Haney sings with Donna Summer's "She Works Hard For The Money". James Stricklin is also in the show.

Got woke up this morning by the damn cellphone ringing. Gonna have to start turning the ringer OFF when I'm at home, and only turn it ON when I leave the house with it! 🤬

Pro-Tip: Don't be drinking something when listening to Randy Haney "announce" tracks of recorded stuff. Almost lost a keyboard transferring part two of the "Randy Haney's 'Life of Elvis' Elvis 50th Anniversary Special" to digital that we recorded in 1985. Randy was great parodying/singing with Elvis Presley, but he was a terrible announcer, in a hilarious way. Don't think I've listened to this SINCE 1985! Before starting my "Tape & Record Show Enterprises" digitization project, these tapes had been in "storage" the past few decades. 🤪

Starting to think the warbling/squeaking audio cassette issue I've been having while digitally converting old tapes is a cassette DECK issue, not an actual TAPE issue. Another tape started showing those symptoms, I moved it from the playback only side of the deck to the play/record side of the deck, and the symptoms vanished. Maybe a few years ago when I bought a USB capable cassette deck, I should have spent more money on a better brand. The symptoms tend to start on a cassette on that side of the deck around the 20 minute mark, no matter if a C-60 or C-90 length.

Since I rarely use the darn OLD laptop PC anyway, sometimes I wonder WHY I bother running monthly Windows updates on it. Seems every month, the updates take longer and longer to download/install. Takes most of an afternoon currently to complete.

'Bout time I RETIRED the thing!

I'll technically be "offline" the next 3½ hours or so transferring more cassettes my friends and I recorded back in the 1980's. Tonight will be a rather lengthy project, part one of a "Life of Elvis" special from 1985 with Randy Haney commemorating the 50th anniversary of the birth of Elvis Presley. Part one has a total three hour run time. Part two, which I will tackle another day, has a two hour run time.

That's the thing about digitizing audio cassettes... no way to really speed up the process. They pretty much have to be transferred in "real time".

EDIT: The "estimated" 3½ hour project just MIGHT take longer than that. Keep having to stop the first cassette in the special to try to fix warbling/squeaking issues... and I'm NOT referring to Randy Haney 's voice! 🤪

Again with the sudden rash of people/bots "Liking" and commenting on older "Public" posts on Facebook, mostly with profile photos of young, scantly clad women.

As a result, been doin' a lot of comment deleting and blocking this afternoon.

Facebook is getting as bad as Yahoo Messenger was back in the day with spammers. 🤬

Frankly, I'm amazed at the sound editing/cleanup software I'm using for the ancient audio cassettes my friends and I recorded back in the 80's. The earliest recordings were on VERY cheap crappy tapes, yet the few I've transferred so far sound worlds better than they did when they were first recorded! 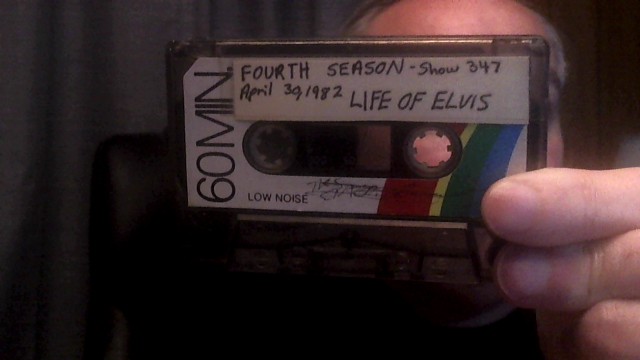 Websites HATE me today for some reason. Went to the Social Security website to set up my Direct Deposit information, kept getting random errors, so ended up just CALLING them to set things up.

Then, since I started a checking account at a local bank this morning after my doctor visit, I decided to set up on their website to keep track of my account, and I get error notices THERE, with a message to call their toll free number. I'll mess with THAT again tomorrow. Starting to think I may have to call the bank like I did Social Security.

EDIT: The bank just called ME, after they noticed I had a couple failed attempts creating an online account. Wasn't expecting THAT! Anyway, we got it fixed.

Washing some linens this afternoon. I'll be a bit busy tomorrow. Have an early doctor appointment, then after that, going to stop at a local bank and open a checking account, so my benefits will have somewhere to be direct deposited. Seems Social Security requires it these days instead of physical checks.
Collapse